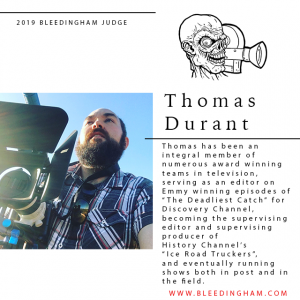 Thomas has been an integral member of numerous award winning teams in television, serving as an editor on Emmy winning episodes of “The Deadliest Catch” for Discovery Channel, becoming the supervising editor and supervising producer of History Channel’s “Ice Road Truckers”, and eventually running shows both in post and in the field.

Thomas is also an independent filmmaker tackling everything from a feature documentary about wolf conservation in America, to short narrative films for internet consumption.