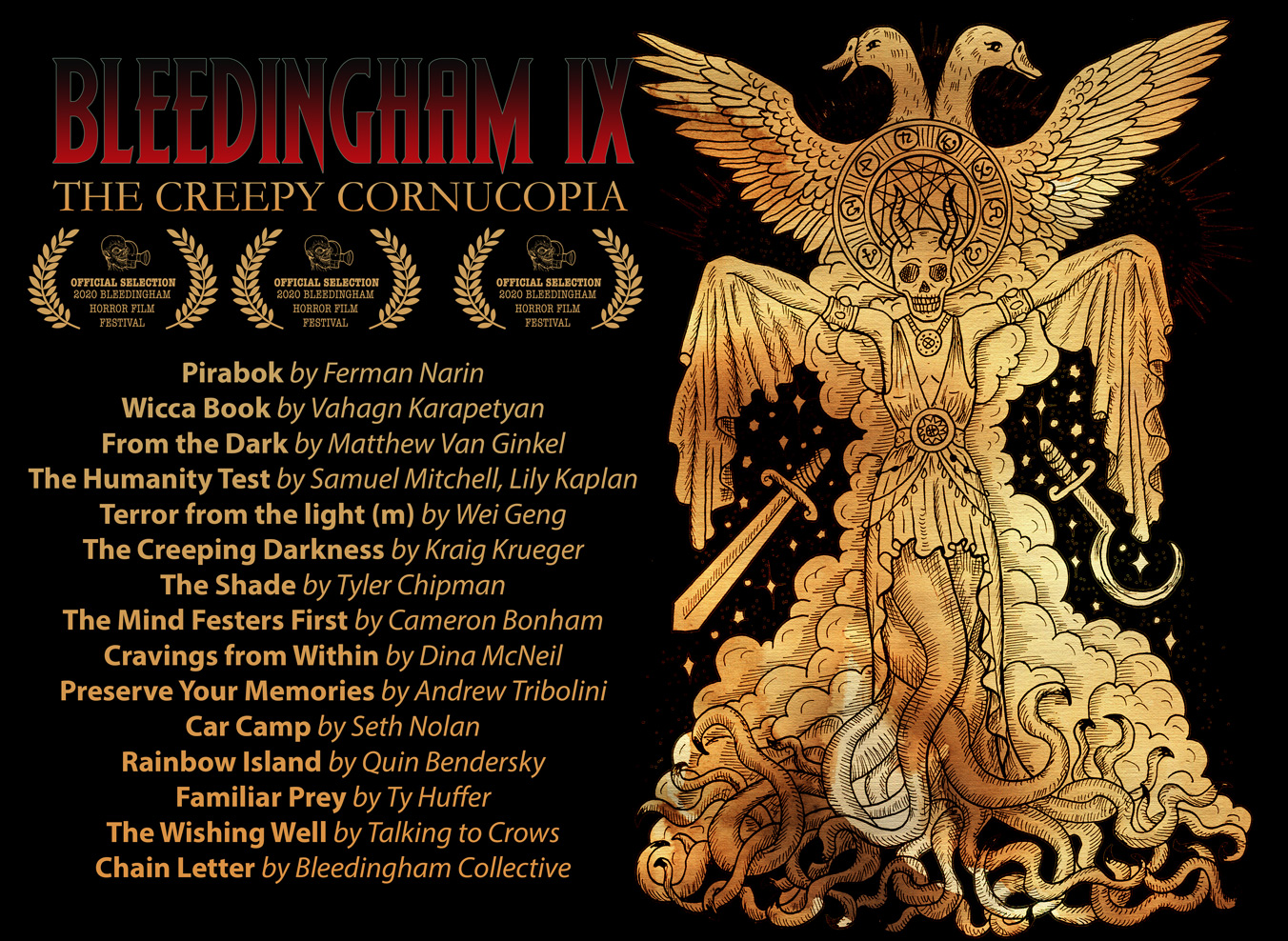 This content block is an eclectic mix of local spotlight films and more terrifying tales from Across the globe!

This Halloween treat yourself to over 12 HOURS of amazing horror content from across the world!

Check out our UNLIMITED PASS

The year is 2058, and the global population is currently 2.6 billion thanks to the implementation of the Humanity Test. Global-citizens that receive a passing humanity score will then retake the test every subsequent 25 years until their death. If a global-citizen fails the Humanity Test at any point, they are immediately terminated.

On the heels of a tragic accident, two brothers are left to their own devices during a thunderstorm that takes a supernatural turn.

A young family’s camping trip goes terribly wrong, as they are not prepared for the horror that awaits them.

Hatice lives in the field with her two children and lives hand to mouth. One day, the shepherd of the village, Recep, is killed by Pirabok. After this incident, families of children send them from the village. Hatice and her children, who are alone in the village, face the curse of Pirabok.

This is a story about Wicca book. The book which devil plagued mankind with suffering. The all-powerful book of the Witches. But wherever there was evil, wherever an innocent would suffer, there would be Mia.

Terror From The Light

A girl witnessed a traffic accident which she thought was caused by the light from her car.

While parking, she saw something wired standing in front of her. Followed by more bizarre

things, the girl realized that these wired things are sending a horrible message to her

An injured woman crosses the desert in an attempt to reach civilization, knowing that once the

sun sets, what took her friends will surely come to finish her off.

(Mason Bosworth) and Gerald (Matt Zone), as the blow up artillery shells among Belleau Wood,

France. However, when they stumble upon a mysterious weapon, these woods warp into an evil

Directed by Talking To Crows

It was a night of friendship and gaming, then Joey got a text that would change everything.

Two teenagers search the woods for their missing friend after she mysteriously vanishes in the middle of the night.

Two friends decide to camp in their car while driving through the forest.

When a young man learns his inheritance consists only of memories, he tries to bury them.