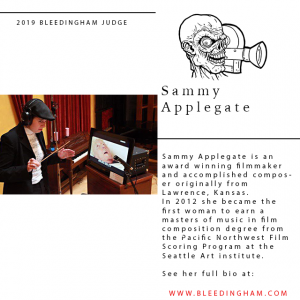 In 2012 she became the first woman to earn a masters of music in film composition degree from the Pacific Northwest Film Scoring Program at the Seattle Art institute.

She is currently in her sixth year as the assistant director to the film scoring program, working under two time Emmy winner Hummie Mann, helping train and guide new generations of aspiring composers into the film television and video game industries.